It is no exaggeration to say that my 5 years at Imaging Academy were the best 5 years of my career. I cannot fault the training at the academy nor the passion the staff have for teaching. Part of the reason for this is that, unlike most other training schemes, the Academy was organised from the ground up with training as its core purpose.

Other training schemes often have service provision as their priority and as a result, training takes a back seat, whereas in Norwich training is always at the forefront of everything you do. You will be well supervised throughout your training and will never feel forced to do anything you don’t feel prepared for. There are a number of formative assessments to help you assess your own learning and excellent constructive feedback from the consultant body at each stage of your training.

There is also a huge amount of support when it comes to exams (there is a comprehensive physics and anatomy teaching programme in the first year and we run our own FRCR 2b course) and choosing a subspecialty, as well as for anyone considering part time training. In addition, the large size of the training scheme (around 50 SpRs) also creates a wonderful atmosphere and sense of camaraderie amongst the registrar body, which is in my opinion vital for enjoyment of any job, and is lacking to some degree in smaller training schemes. It also makes the on call rota much easier to bear due to the large number of SpRs on the rota.

Finally, Norwich is a wonderful city and a great place to live. I was born and bred in London and yet I fell in love with Norwich when I arrived, so much so I’ve now bought a house and started a family there!

In my year as a musculoskeletal radiology fellow, I was privileged to spend time learning, training and teaching at the Radiology Academy. I gained experience in day-to-day reporting, running clinic radiological meetings and learning ultrasound and interventional procedures, as well as being encouraged to explore the academic side of radiology.

I gained experience in day-to-day reporting, running clinicoradiological meetings and learning ultrasound and interventional procedures, as well as being encouraged to explore the academic side of radiology. There are regular journal clubs and case reviews, ample opportunities for undergraduate and postgraduate teaching and plenty of support for research work and presentations. All with the supervision and support of an inspiring, encouraging and frankly entertaining team of consultants.

This fellowship has been invaluable for my consultant post in Bath, and I can’t recommend it highly enough. 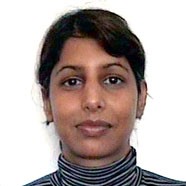 I am a consultant radiologist at the NNUH specialising in Head and neck radiology, nuclear medicine and PETCT.

I was one of the first 10 trainees to go through the Imaging Academy in 2005.

I spent the first 6 years of my medical career in Yorkshire. There, I completed a medical rotation, obtaining my MRCP and 1 year as a neurology registrar. I decided to go into radiology as the majority of the medical and surgical decision making was dependent on imaging.

Compared to my medical training, radiology training was more organised and tailored to my needs particularly with regards to study leave and sub-specialisation. Radiology is completely different to medicine; adjusting to the reduced clinical responsibility and patient contact can be difficult.

I spent 1 year in Addenbrooke’s Hospital, Cambridge to subspecialise in Nuclear medicine. Personally I feel that the combination of functional and anatomical imaging is the future of radiology. Now, due to the development of the department, we offer this training at the NNUH.

When I gained a radiology training place in Norwich, I did not know much about the region. It has changed significantly in the 11 years I have been there. The development of the medical school and research park has increased the cosmopolitan feel and diversity. The city is very appealing with good shopping and lots of great places to eat, and yet you are in the countryside within a few minutes walk.I feel it is a great place to live and a rewarding and exciting place to work which is why I decided to stay.

It is always difficult to compare your training scheme with others when you haven’t trained anywhere else. The academies were initially treated with caution and regarded as an experiment. Given the RCR are now looking at radiology academies as the vision and solution for training, the academy model has proven itself! 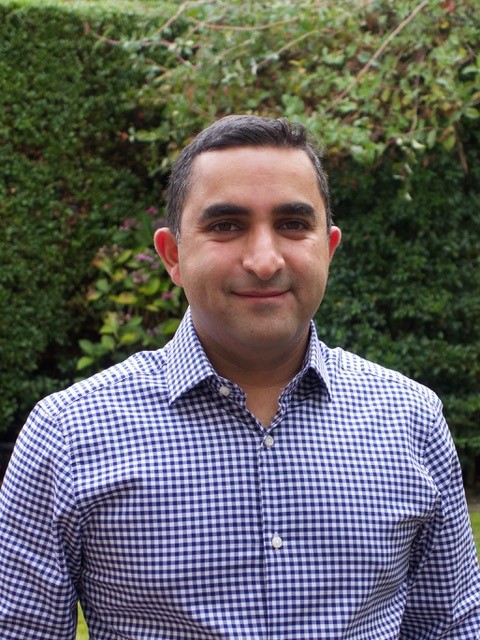 I am currently a consultant musculoskeletal radiologist working at the Royal Liverpool and Broadgreen University Hospital.

I undertook radiology training at the Imaging Academy from 2007 to 2012.

I had identified radiology early in my career and was thrilled once I had secured a training number at the academy. The first year was incredibly structured and intense with not only physics to contend with but also covering the major radiology disciplines. At times the first year felt like being back at med school, especially after working as part of a busy clinical team. Actually we were being effectively taught through lectures, structured tutorials, demonstrations and hands-on practice the fundamentals of radiology laying a solid foundation for future practice. Subsequent general training years focussed on spending time in and gaining exposure to the sub-specialities. Not only did this expose me to a range of cases but working consistently as part of a sub-speciality groups made me aware of the importance in establishing rapport with referring specialities and delivering an efficient radiology service.

As I progressed through my radiology training the academy and hospital placements helped me make the transition from being a fully supervised trainee to working independently, setting me up for a busy fellowship in Toronto. For me it was achieved through the right balance of training and service commitments, through high class working facilities and access to approachable and highly skilled and knowledgeable trainers. 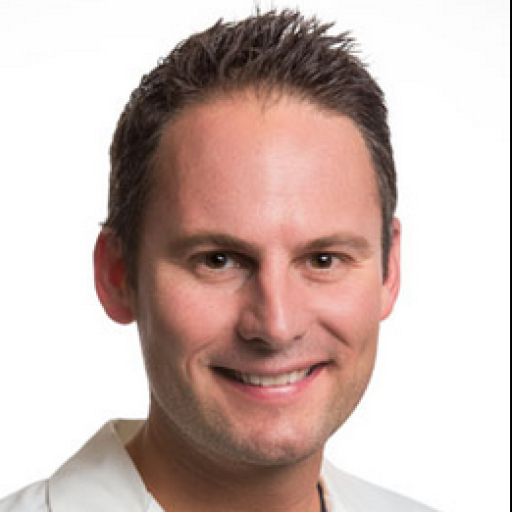 I began my radiology training at the academy in October 2005 after completing Basic Surgical Training in Norwich.

I was never skeptical of the academy concept, but was unsure as to how it would achieve its ultimate goal – producing high quality radiologists.

During my training I realized that this was in my mind the best way to train radiology registrars.

We have been used to the ‘apprenticeship’ model of medical training after university and many people felt this was the best way of training doctors.

It isn’t; I graduated from the University of Pretoria, South Africa in 2001; 3 years of preclinical and 3 years of clinical training, of which the final year is a student internship, dedicated to putting all the theory learned over the preceding 5 years into practice in a controlled, supervised environment. Years 4 and 5 are a combination of clinical commitments in the morning and lectures in the afternoon. The lectures provide the didactic, structured teaching to supplement the clinical learning – it works, South Africa produces amongst the best doctors in the world. To my mind, the academy does exactly the same.

My first year was a combination of didactic teaching, covering radiology from x-ray physics to advanced imaging and disease management in the academy, supplemented by structured clinical experience in all the facets of radiology. The advantage of this is the basic theory is covered in a way that is easily digestible, away from a PACS workstation and distractions, allowing the trainee time to absorb a huge amount of information.

I believe my basic understanding of radiology is due to this structured teaching. The second year was spent more in the hospital with learning at the academy in a didactic structured environment supplemented between clinical rotations. Aside from the structured learning, the academy utilized an environment for reporting, removed from the hospital and the constant barrage of interruptions to allow for the apprenticeship teaching to occur.

I found myself gravitating to the academy to report even when not on an academy day, because the environment was calmer and I always found a less stressed consultant to ask an opinion.

The remaining years of training are mostly in the hospital, but the confidence the early training gave me, allowed me to achieve competency and acumen much earlier than I think would have been achievable otherwise.

I became much more confident as a young trainee and in addition, the pressure to learn was less intense as the grounding had been so good. I utilized this to its full potential; I undertook the RCRs Focused Individual Training (FIT) early in my training to get exposure to Interventional Radiology, which benefitted me hugely in my later years.

My early exposure to IR and the speciality (yes, it is its own speciality) itself allowed me to experience the many facets of intervention and ultimately the pursuit of an MD during my training. I utilized 6 months of clinical training and another 6 months of out of program experience to obtain the MD, something, which I am extremely proud of.

I am an interventional radiologist in Vancouver, Canada; I am part of a world-renowned Interventional Radiology division, providing all aspects of IR procedures. I am the IR lead for the complex thoracoabdominal stent-graft program at Vancouver General Hospital, which performs advanced endovascular therapy for complex aortic disease and the medical head of MRI. I developed the MR angiography service at Vancouver General Hospital into a service, which reads more than 700 studies a year, from 2 studies a year. I performed the first transradial chemoembolization and radioembolization in the liver in Canada and train radiologists from across the globe in transradial intervention, something which I am extremely passionate about. In addition to being well trained in interventional radiology, my academy training provided me with all the skills needed to be part of an advanced diagnostic imaging team, where I spend approximately 30-40% of my clinical time. I am part of the radiology team which provides 24/7 emergency radiology diagnostic services to Vancouver General, the first subspecialty group in Canada to do so, and it was the foundation which I received in the academy model which has allowed me to work in multiple different advanced imaging realms in addition to my IR.

Like many aspects of life, it is up to the individual to make the most of the opportunities provided to them and the model set up by the radiology department in Norwich certainly provided many of those opportunities. Learning in radiology is not just about a PACS workstation. The speciality is complex, covers imaging, but also the multitude of diseases and is the only speciality that deals with every aspect of medicine. Much of that knowledge needs to be learned and should be done in my opinion in a structured learning environment.